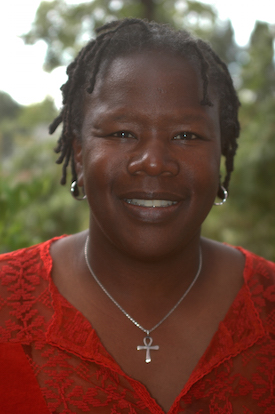 Dora J. Dome has practiced Education Law for over 24 years, primarily in the areas of student issues and special education. She graduated from University of Hawaii, Richardson School of Law (J.D.) and from University of California, Los Angeles (B.A.).

In 2016, she published her first book, Student Discipline, Special Education Discipline, Anti-Bullying and Other Relevant Student Issues: A Guide For Practitioners, which has been described as a “must-have” for anyone seeking to understand student discipline and bullying. In 2017, Ms. Dome published her second book, Understanding Student Discipline in California Schools: A Parent’s Guide to General and Special Education Discipline, to assist parents in navigating the school discipline process. This book has also been translated into Spanish! In 2020, Ms. Dome published her fourth and fifth books, respectively, Student Discipline Resource Binder: A Comprehensive Guide for K-12 Schools, and Improving Student Achievement Through The Creation of Relationships: A Critical Race Theory Counter-Story, and her latest book, Student Speech And Expression In Public Schools: A Resource Guide For K-12 schools.
All three books are part of her new series called Tools For The Trade.

Ms. Dome currently provides legal representation to school districts on student issues and develops and conducts professional development trainings for district staff that focus on Bullying and Legal Compliance, viewed through an Equity Lens, in a proactive effort to build staff capacity to address the changing needs of their students.

Ms. Dome has studied in the areas of Race and Ethnicity, Critical Legal Studies and Critical Race Theory and has been certified as a Cultural Diversity Trainer by the National Coalition Building Institute (aka NCBI). She has developed and conducted trainings for numerous school districts and school boards in the areas of student diversity and equity, student and special education discipline, harassment/discrimination, bullying, special education, trauma sensitive schools, alternative assessments for African American students, Section 504, and student records.

Ms. Dome also regularly presents at association conferences such as ACSA, CSBA and CASCWA. She participated on the Gay & Lesbian Athletics Foundations (aka GLAF) Keynote Panel on “Race and Racism in LGBT Athletics” and presented at the NCAA Black Coaches Association Annual Conference on “Homophobia in Sports.”

Ms. Dome is a Lecturer at the University of California at Berkeley, teaching Education Law and Policy in Principal Leadership Institute (PLI) Program. She was also an Adjunct Professor at Mills College teaching in the administrative credential program for soon to be administrators.